Stop the blame on Climate Change.

Stop the Blame on Climate Change!

I just watched the news

not something I often do, mainly because it always has a negative slant, all doom and gloom. Lots of good things happen every day but they don't find those,  because misery sells papers and programmes.

So what was on the news?

All those children everywhere protesting climate change. Last time I saw it half of them looked like they had no idea what was going on. 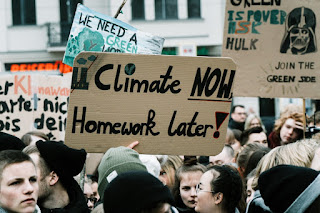 So if they are serious?

How many have plastic lunch boxes, drink out of plastic bottles, not only re usable but disposable plastic they throw away?

How many of the parents looking proudly on buy plastic wrapped food and used disposable nappies?


Instead of wasting time and resources to say 'we are going to save the planet you messed up' why don't all those children say no to to new phones, laptops, computers, games consoles, plastic toys etc?
They could say no to junk food wrapped in styrofoam containers and plastic cups of milkshakes. Many of the cardboard containers are lined with plastic otherwise they would fall apart.

There was a 91 year old on the news buying into all that rubbish about the older generation causing it. He was there he said  "because the young ones shouldn't be the only ones trying to fix the mess we caused".

Lets see, when I was growing up drinks, squash, fizzy, etc all came in glass bottles, that we took back to the shop to be recycled and and gained a few pennies for doing so.
We didn't use plastic bags, we didn't have plastic bottles of water. Vegetables went in paper bags.
AND we walked, to school, to work, or to go out and to the shops. Occasionally you used the bus but the cost soon added up.
We cooked proper food, not ready meals in throwaway containers.
Toys weren't cheap plastic that broke easily and cost a fortune. There was no 'wanting the latest thing' and discarding it a month later. The few things you had were bought to last and gifts included clothes that you needed. In families clothes were passed down, nothing got wasted.
As for holidays, we didn't go on fuel guzzling aeroplanes, we went to stay at the coast in a chalet or caravan with all the cousins there too.
There was no gym, treadmills run on electricity for exercise, we walked or ran outside.
Cars were few and far between, they were expensive, more of a luxury item.

Maybe those climate change children should start refusing the latest gadgets, no more upgrades every year on their phones to save all the electronic waste rubbish heaps in poor countries. 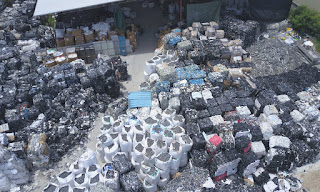 Thailand has been swamped by waste from the west after Chinese ban on imports. 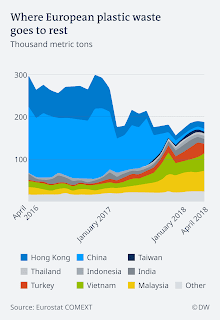 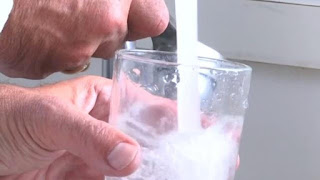 "Just when you thought it was safe to drink bottled water, a new U.N. report raises concerns about what you may be consuming:          tiny particles of microplastics. 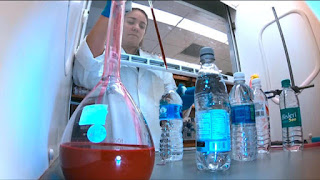 The just-published 124-page report from the World Health Organization (WHO) is the first major international study to examine the potential human health risks caused by exposure to microplastics in drinking water
— and it found there are more microplastics present in bottled water than in tap water."


The same article further down states:
"Plastic production is predicted to double by 2025 and more than triple by 2050, according to the report, which says particles get into the environment through industrial run-off, wastewater and degraded plastic waste, and have become "ubiquitous" worldwide.
In fact, another alarming study published earlier this month reported the discovery of microscopic particles of plastic in snow in the remote regions of the Arctic. 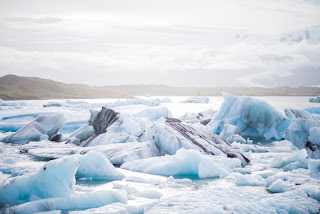 The study, published in Science Advances, suggests that winds are carrying them in the air and delivering them in snow around the world."

I'm not saying many of the children don't care but how many are prepared to walk miles every day, give up their phones, ipads, tablets, laptops and games consoles to make a difference? Give up fast food and holidays too.
How many adults who go on about it actually DO something about it.
Aeroplanes with their massive fuel consumption are causing it too, the same goes for ships, trains, lorries and cars.
I'm doing my bit but I could do more but I don't go blaming others for whats happening.
People power, especially BUYING power is one of the greatest arbiters of change.
Want to get rid of plastic altogether or get companies to find more sustainable packaging?
Don't buy anything that has plastic in it or on it for 3 months.
There are more sustainable raw ingredients to make packaging, it's out there already. BUT producing plastic is cheaper and has bigger PROFITS. 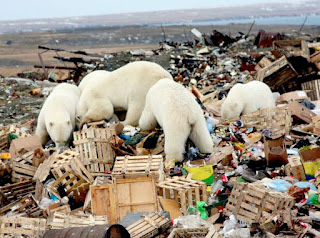 Is this really the world we want?

Instead of blaming perhaps those shouting the loudest should do more. Maybe those children should be learning more in school so they can do something in turn, to stop the rot.

What do you think?

I started out writing this angry because a 91 year old thought he and his generation was responsible for the damage.
I ended up saddened by the damage done because of corporate greed and consumerism.
at September 21, 2019

BEWARE a RANT from the Heart!!

THIS IS FOR THE FEW RATHER THAN THE MANY! Though there are still way too many of the few. If you don't like facing reality, you won... 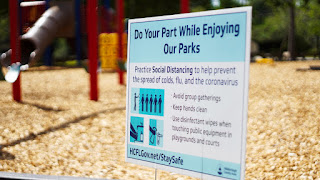